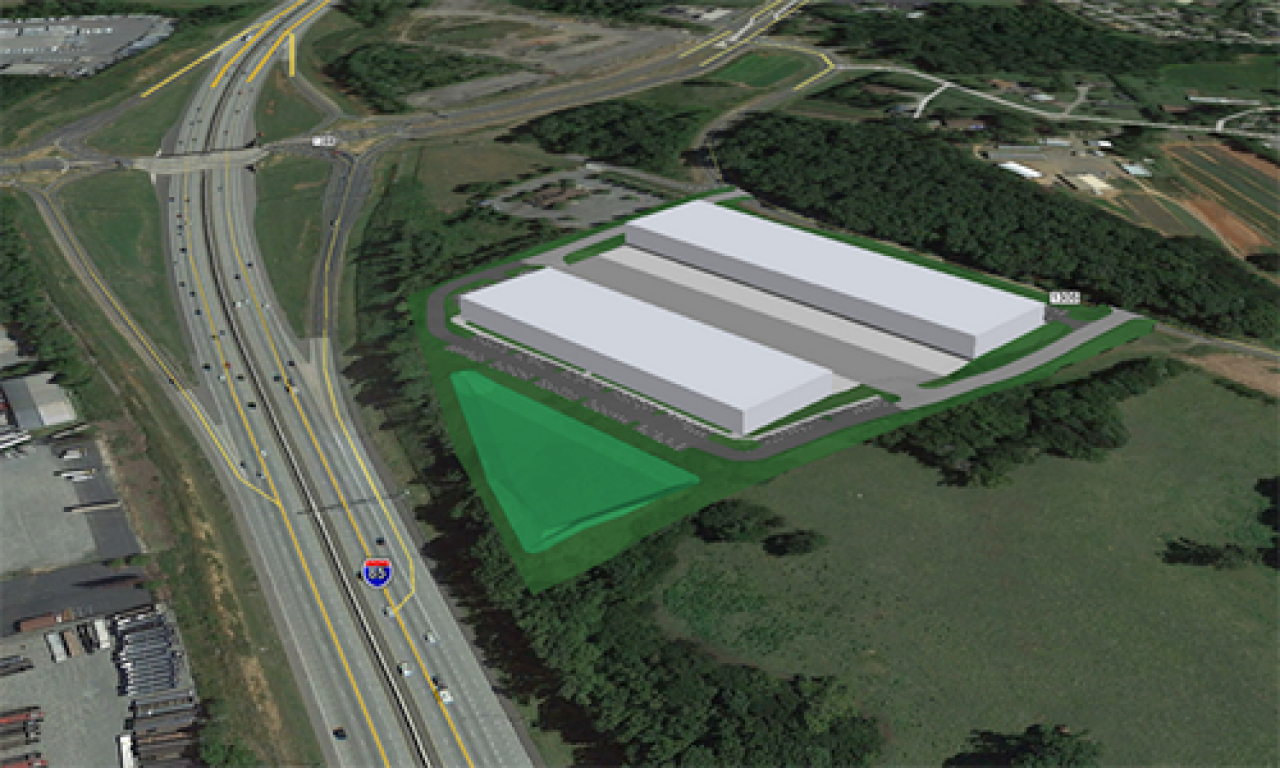 Fortius Capital Partners will develop a $9.9 million flex and industrial park called Meadows Corporate Park. It will include the construction of two multi-tenant buildings that can be seen from I-85 near Poplar Tent Road.

A few miles away on the other side of I-85, Griffin Industrial Realty Inc. (NASDAQ: GRIF) will add two speculative industrial buildings, at a cost of $12.8 million, on land near the 215 International building it recently bought. New York-based Griffin will also rebrand the park it will create with the new shell buildings as Carolina Tradeport.

Concord Mayor Bill Dusch says both of the projects will bring employers and a broader tax base to the city.

It’s located at 700 Pitts School Road NW in Concord and will include two buildings, one at 112,000 square feet and the second at 80,000 square feet. Those buildings can be divided into spaces as small as 16,000 square feet, says J. Harris Morrison of Fortius.

That project gets a total of $303,000 in incentives from Concord and Cabarrus County.

“This speculative development partnership with Fortius serves an identified gap in our industrial marketplace,” he says.

Michael Gamzon, president and CEO of Griffin, says Carolina Tradeport will “attract a wide variety of tenants to the region.”